This post may contain affiliate links, which means I receive a commission if you choose to purchase through links I provide (at no extra cost to you). As an Amazon Associate I earn from qualifying purchases.

This is a sponsored post written by me on behalf of BARK. All opinions are 100% mine.

Honest talk: getting a new puppy with an almost-four-year-old and an almost-two-year-old only 5 weeks after our beloved first dog’s death wasn’t exactly the best decision I’ve ever made. To add to the fun – the day we picked up Porkchop was the same day I found out I was pregnant with Emmy. But we’ve managed and now here we are, over a year later, with a 5-year-old, a 3-year-old, a 6-month-old, and a little French bulldog puppy who’s almost 18-months-old. And I’m still standing – albeit wobbly at times – but still alive ;).

Here are my tips on how to survive life with a puppy and young kids: 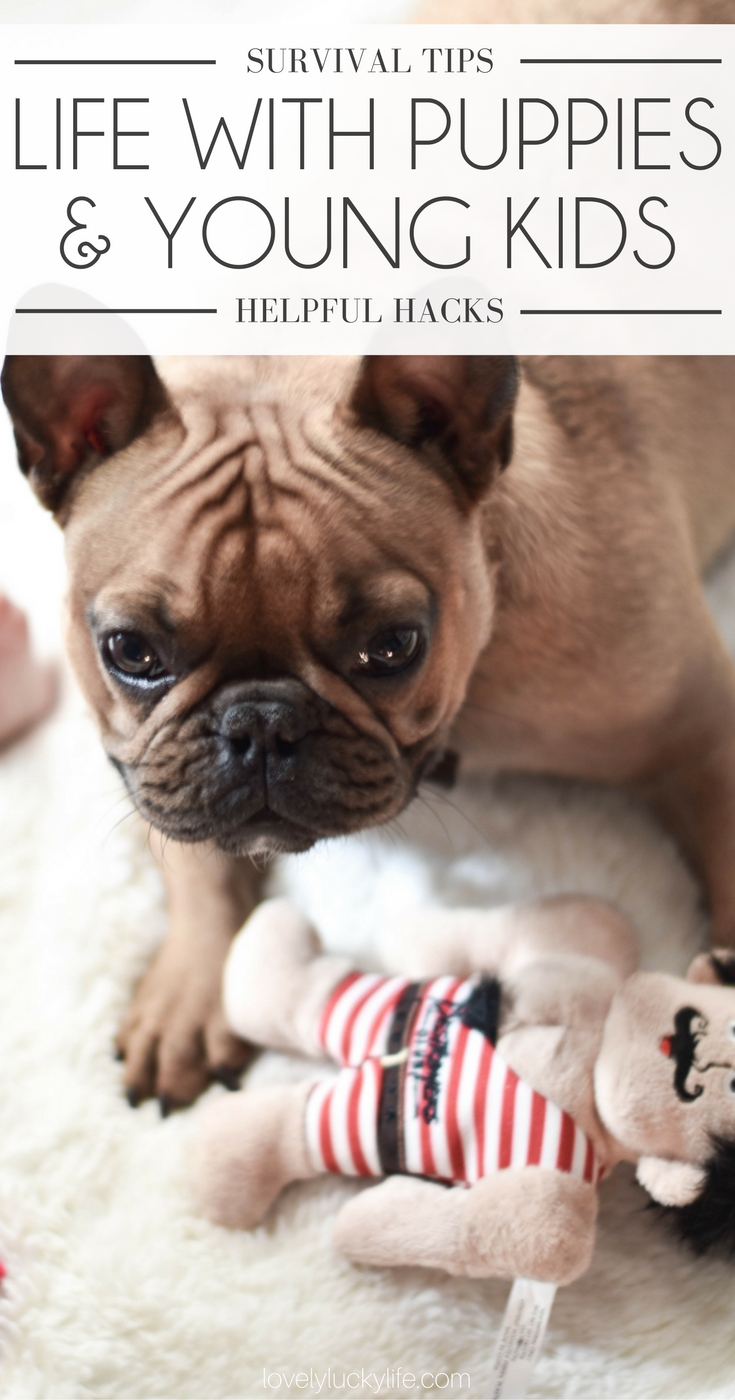 When we had Emmy, Porkchop was about a year old. We introduced her into our home by bringing home a blanket with her newborn scent, and had Porkchop come outside to sniff her on neutral ground and then we all walked in together – as a “pack”. Sounds weird but it really works to alleviate any sibling rivalry between puppies and babies.

Start Socialization on Day One

It’s really important for your puppy to spend time with your kids from day one. My kids are rough, rambunctious, and loud – so Pork had to get used to that, as well as being handled (gently) from the moment he joined our family.

Give the Dog A Special Spot

Porkchop has a kennel in our kitchen as a place to escape from the kids and as a sanctuary/den in which to hangout and do dog stuff. He naps there during the day and sleeps there at night. 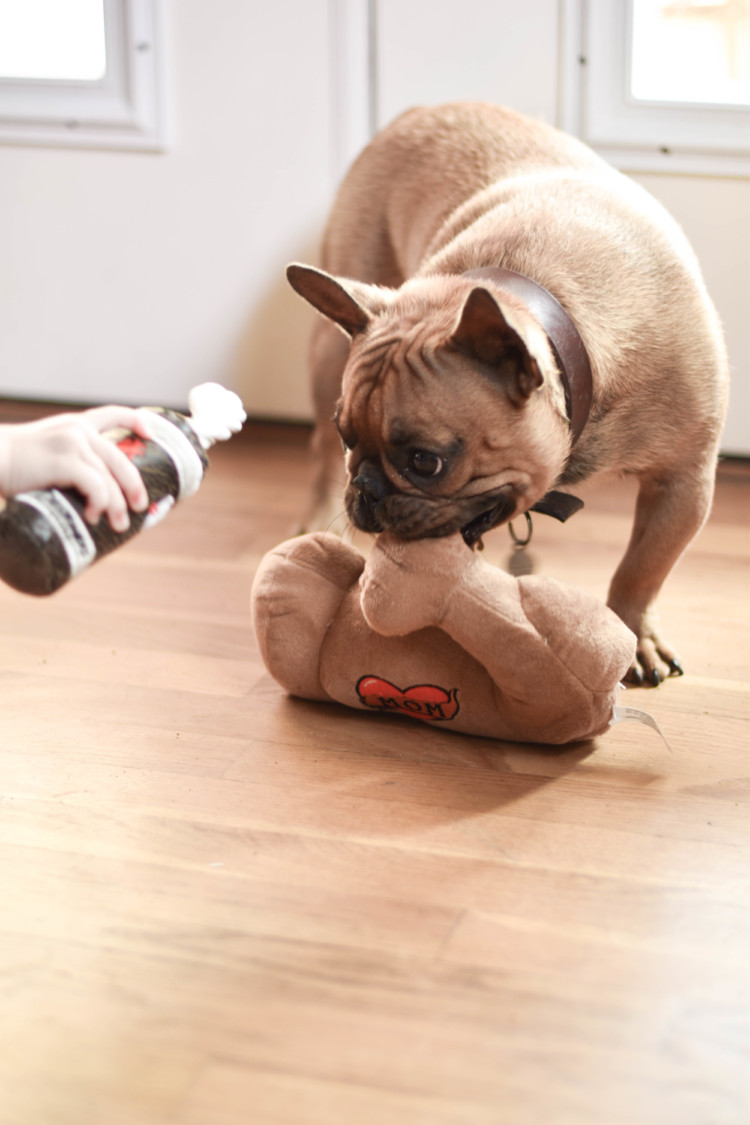 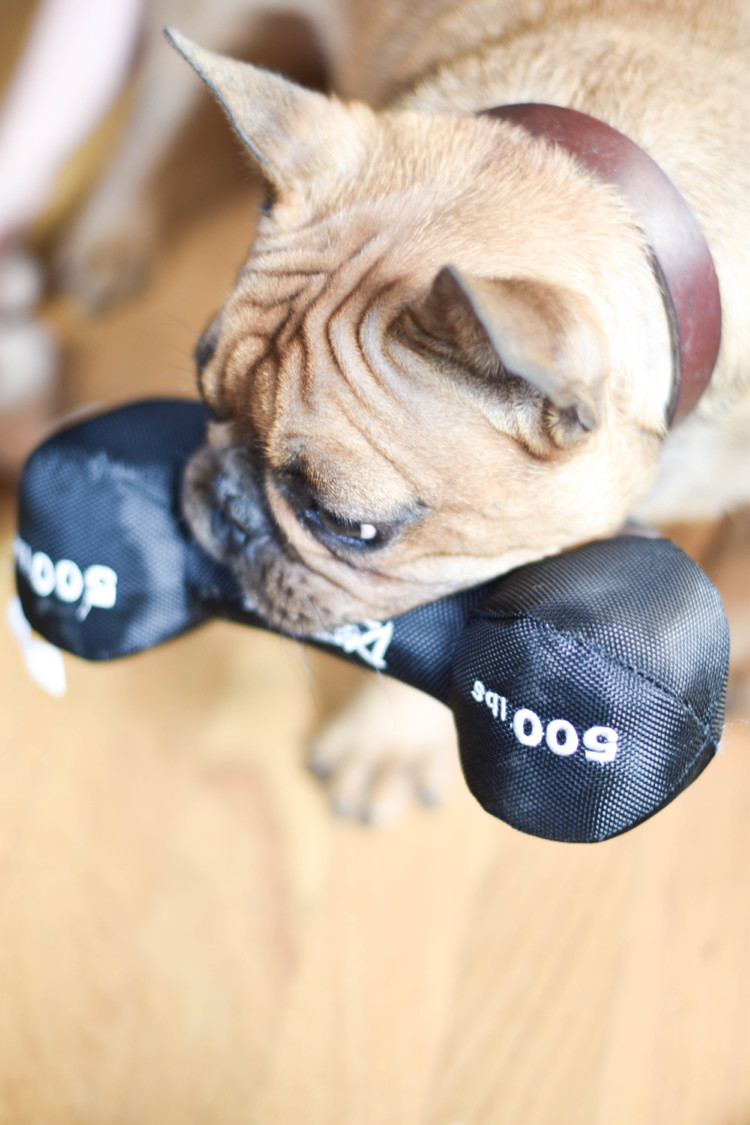 Pork and Cooper playing around

Investing in training – both time and money – is so important to get your dog adjusted to life at home. We did a puppy preschool when Porkchop was new to our home but we’re about to have an in-home trainer come to the house for a series of lessons on our turf.

What’s the weirdest thing your dog has ever destroyed?

How We Get Our 7 Month Old To Sleep Without CIO
Modern Baby Shower Gift: DIY Diaper Pail 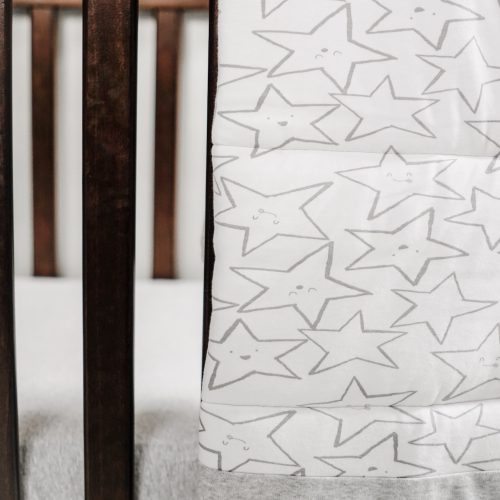 8 Items You Need on Your Gender Neutral Baby Registry 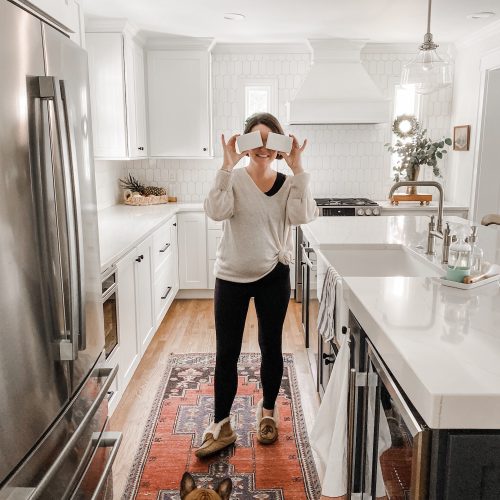 10 Easy Sustainable Swaps for Your Home 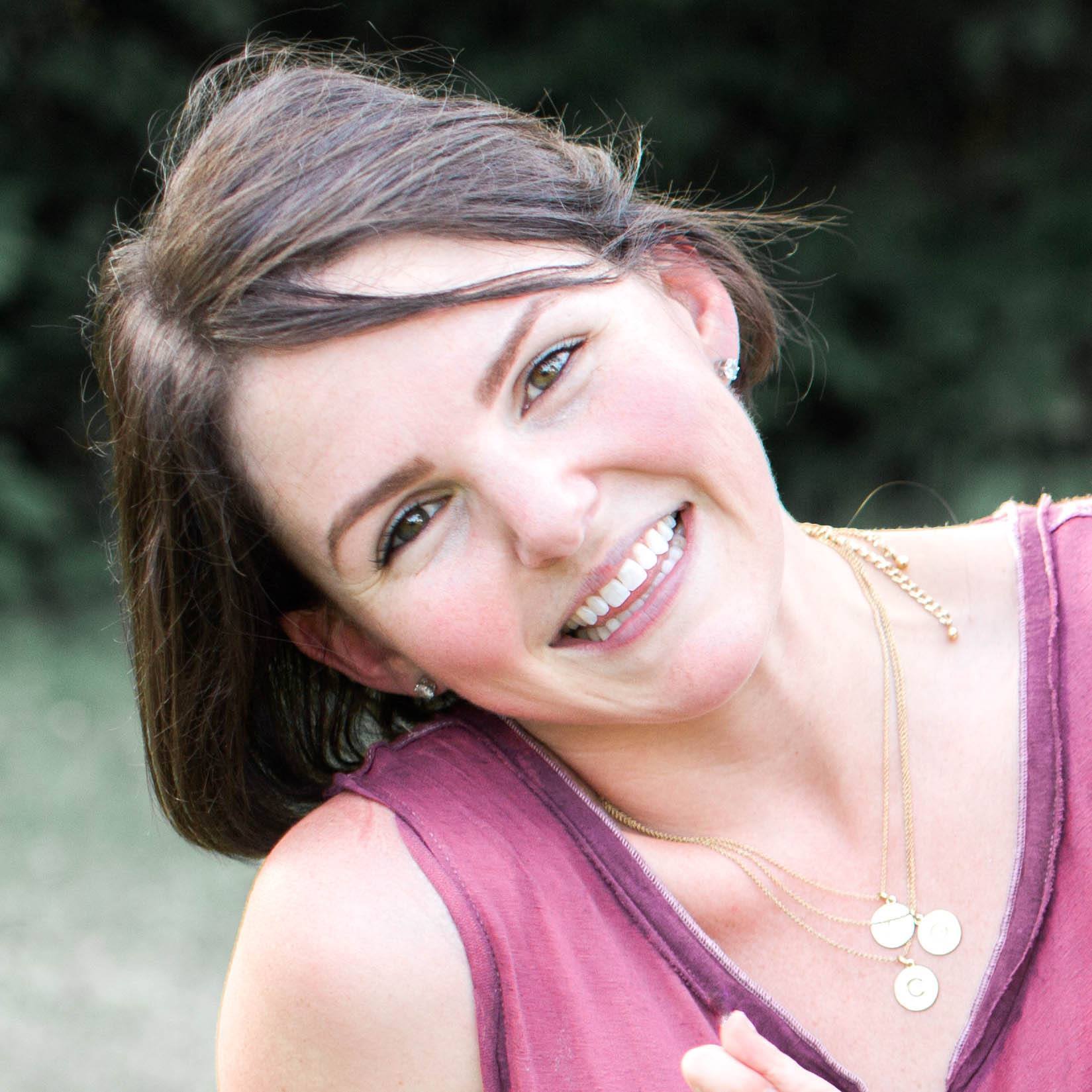 Welcome to Lovely Lucky Life! I’m Val and I share all things motherhood with a side of sarcasm. Mom lifestyle, home decor, casual + cool(ish) mom style... it's all here. Happy you are, too!

I am BLOWN away by this supportive community of wo

have you ever heard of baby knees? I have them...

remember that time I was drinking wine on a Friday

G I V E A W A Y for my #stlouis people! keep readi

I could’ve shot this photo for my partnership wi